Final Results of the Election 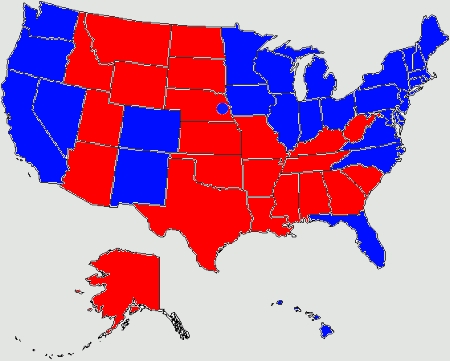 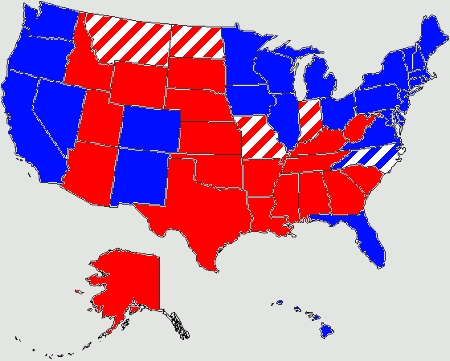 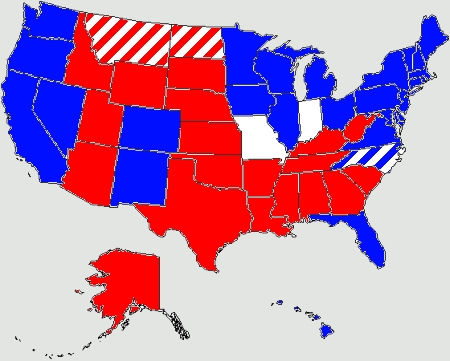 How Did We Do?

The 2008 United States Presidential Election is now history, and our nation has elected Senator Barack Obama as the 44th President of the United States.

Our model predicted 50 of the 51 states (including the District of Columbia). In the Neutral scenario, the expected number of Electoral College votes for President-Elect Obama was 356.3, while 365 were actually captured. This discrepancy corresponds to an error of 0.77 standard deviations (based on a standard deviation of 11.24). The Strong Democrat Swing scenario was the closest to the actual results, predicting 362 Electoral College votes.

From these results, Indiana was the most difficult state to predict, closely followed by Missouri.

Thank you for visiting our web site. Look for Roll... to the White House in 2012!

This web site has been developed by computer science and political science students at the University of Illinois.